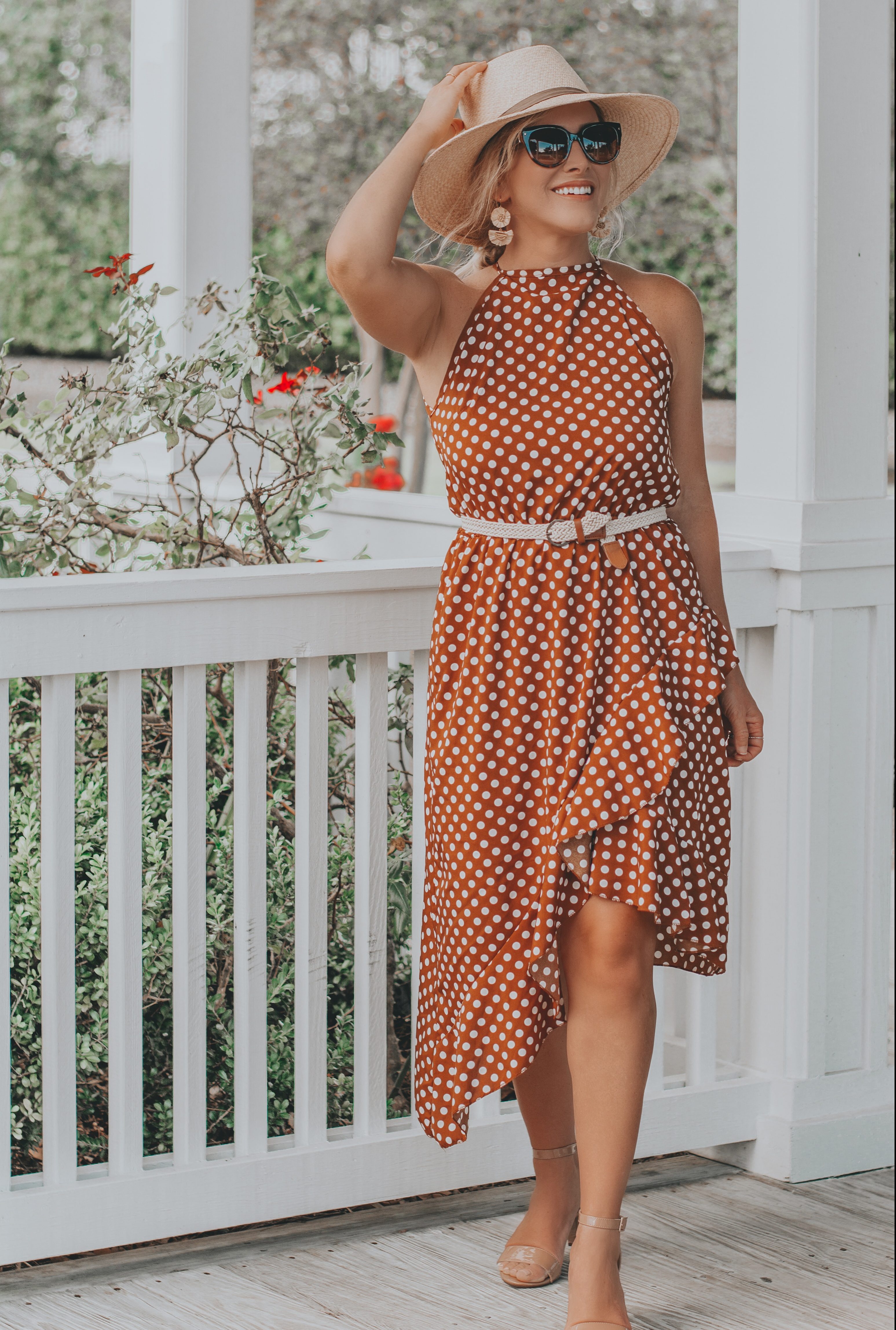 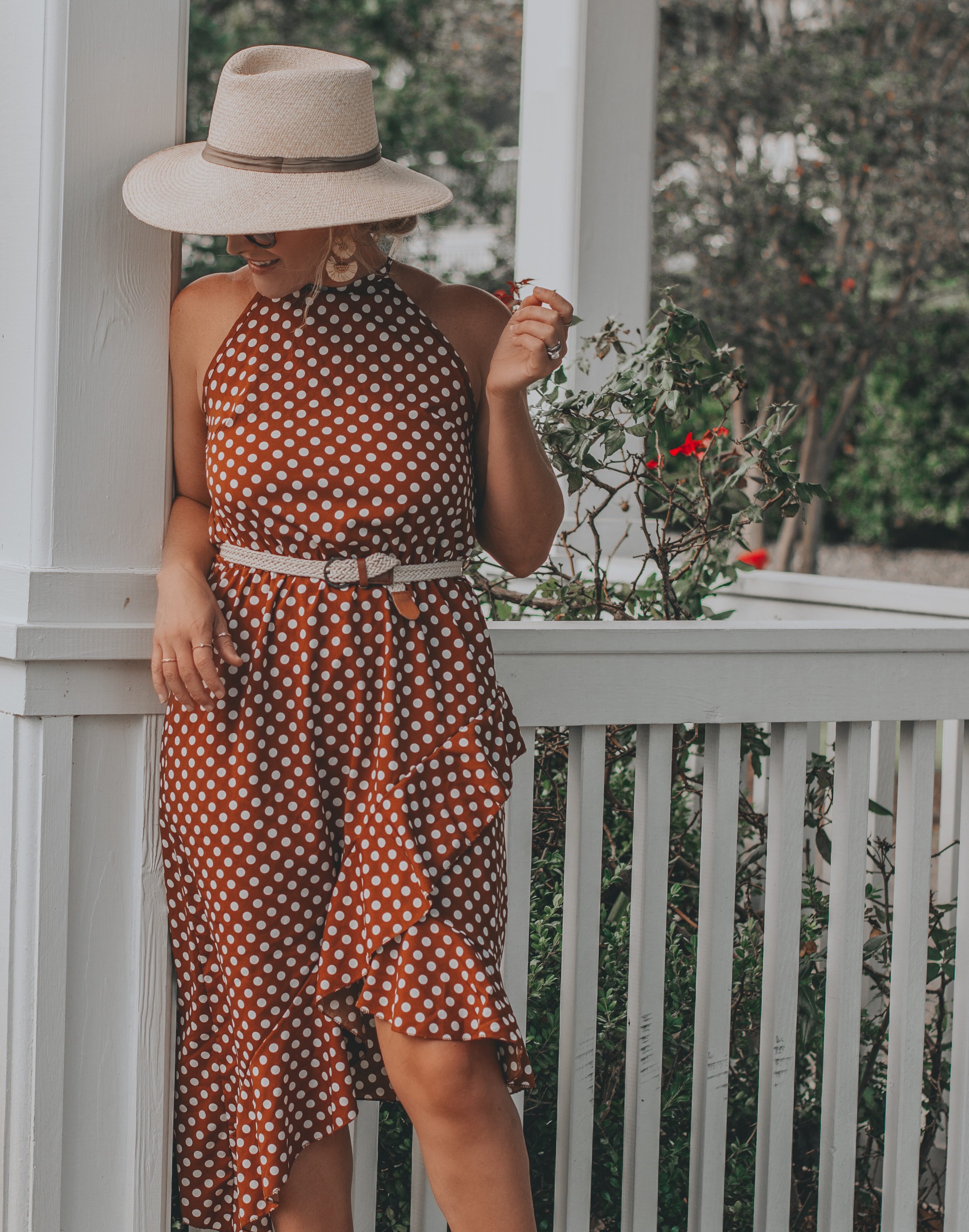 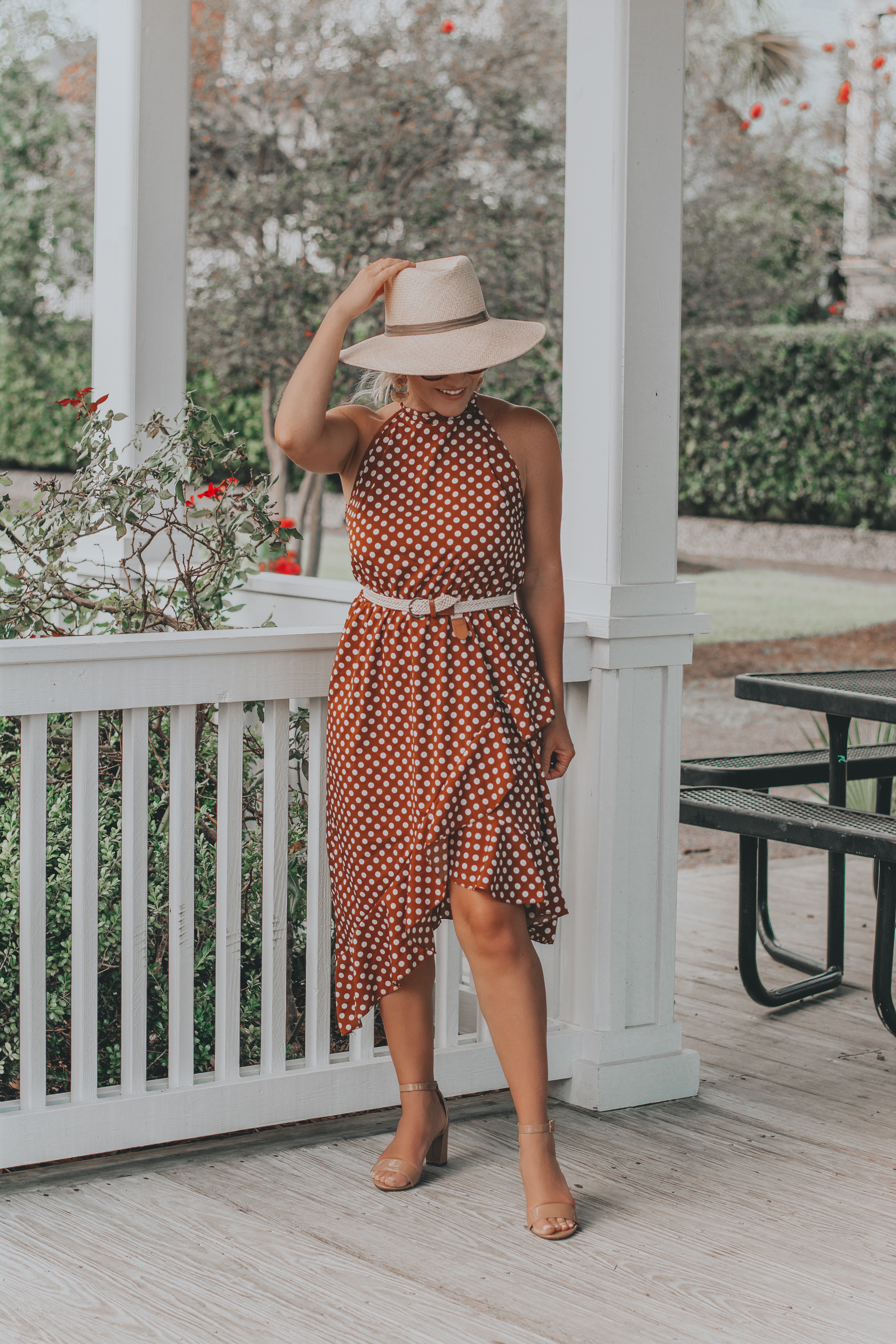 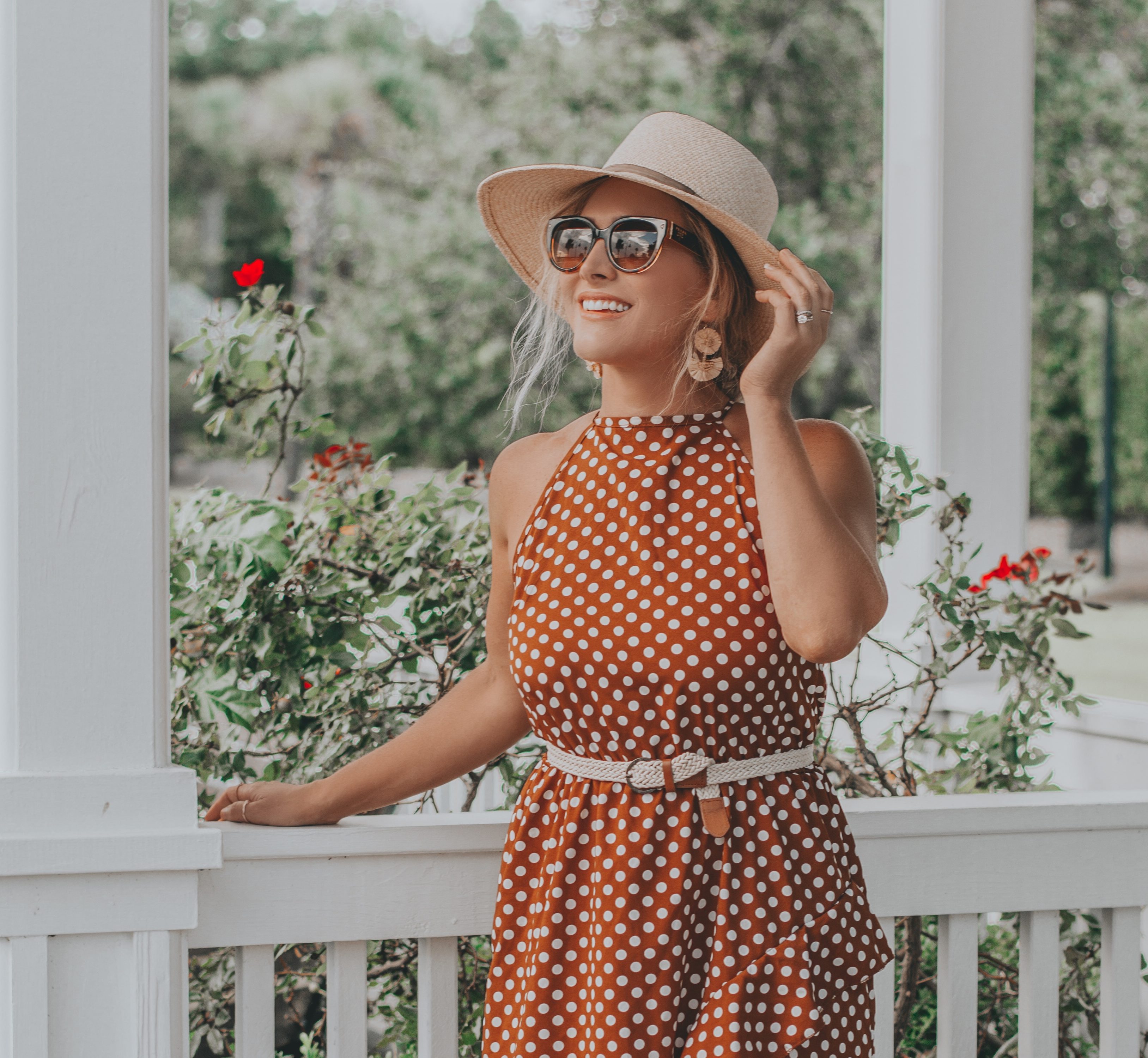 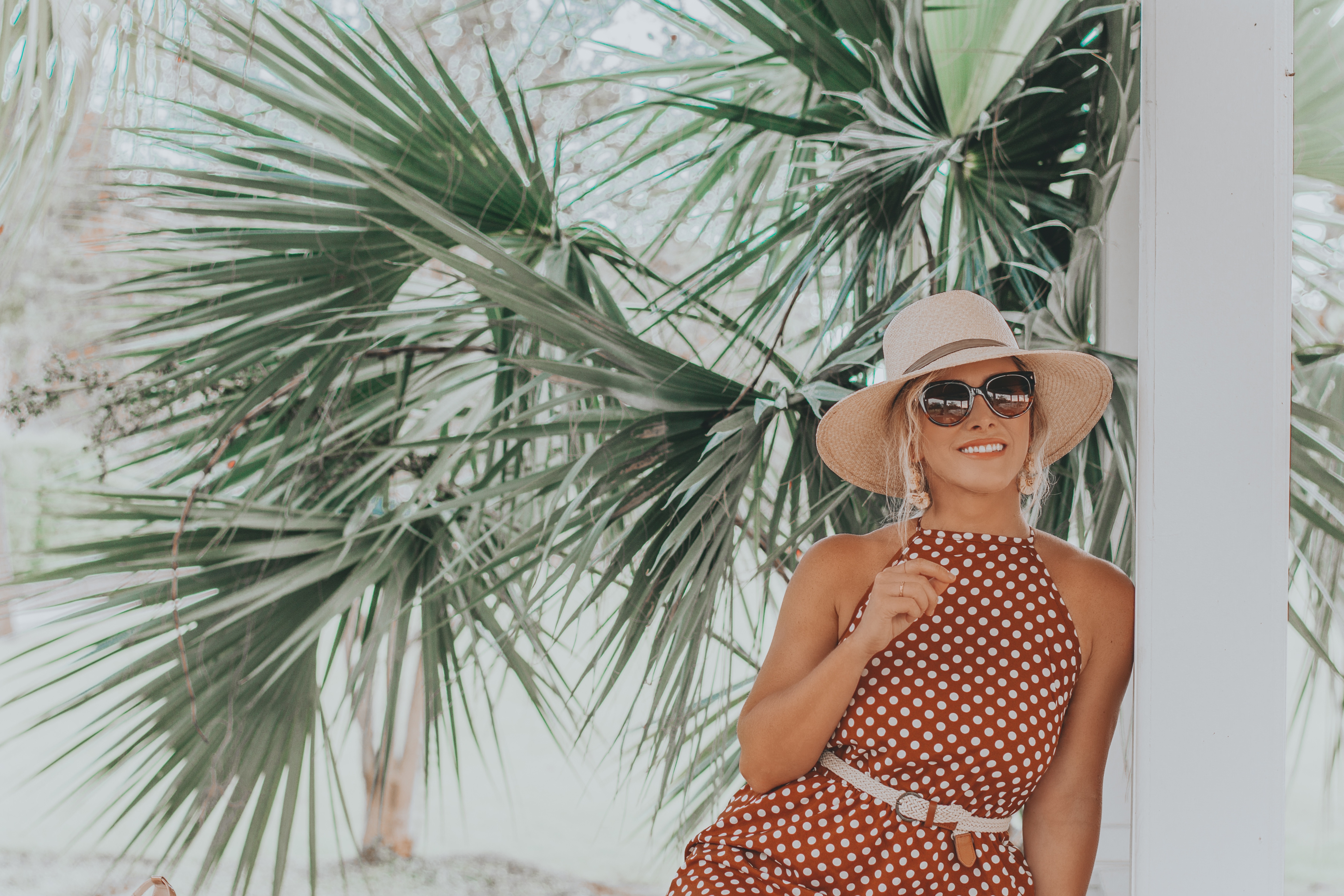 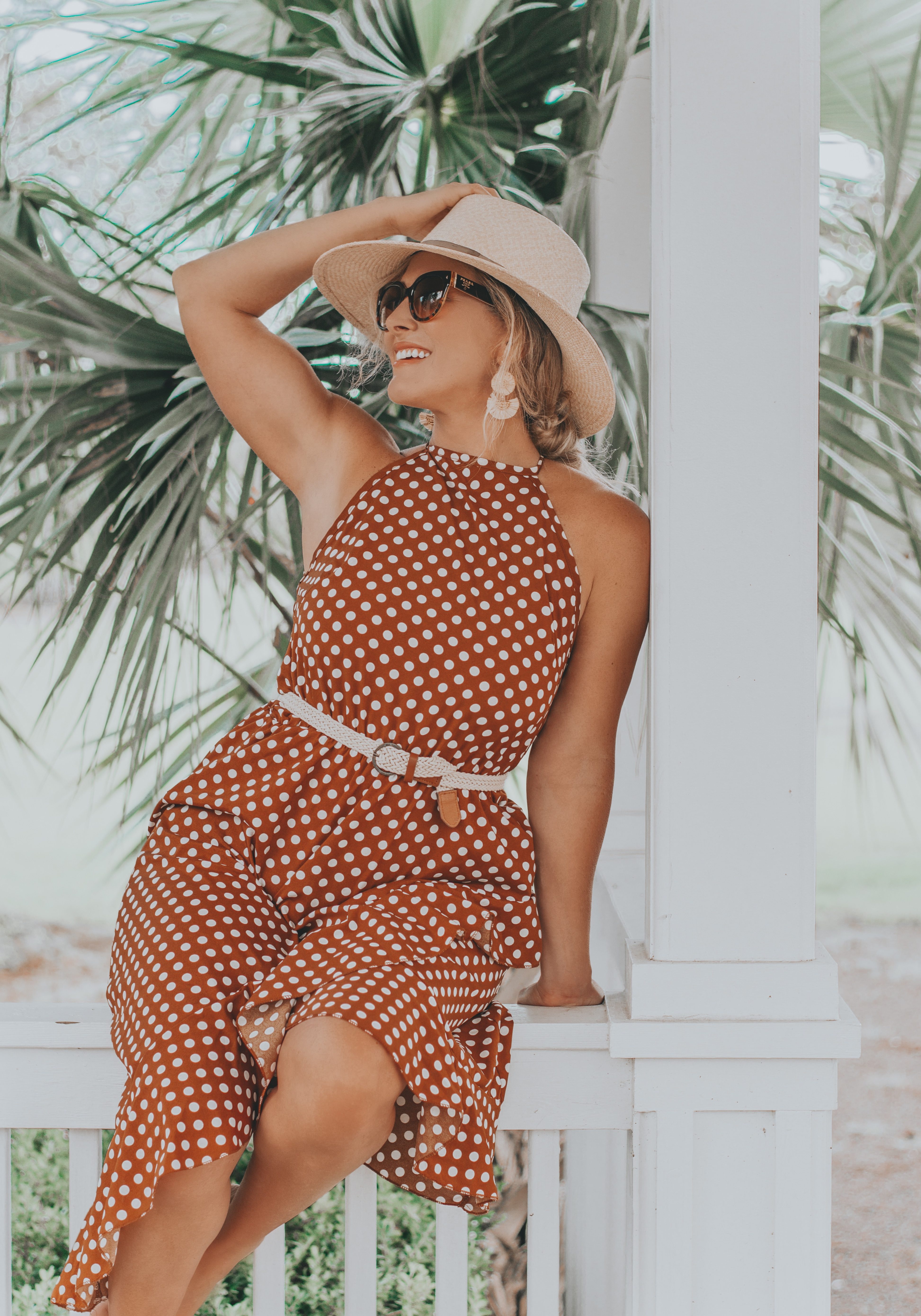 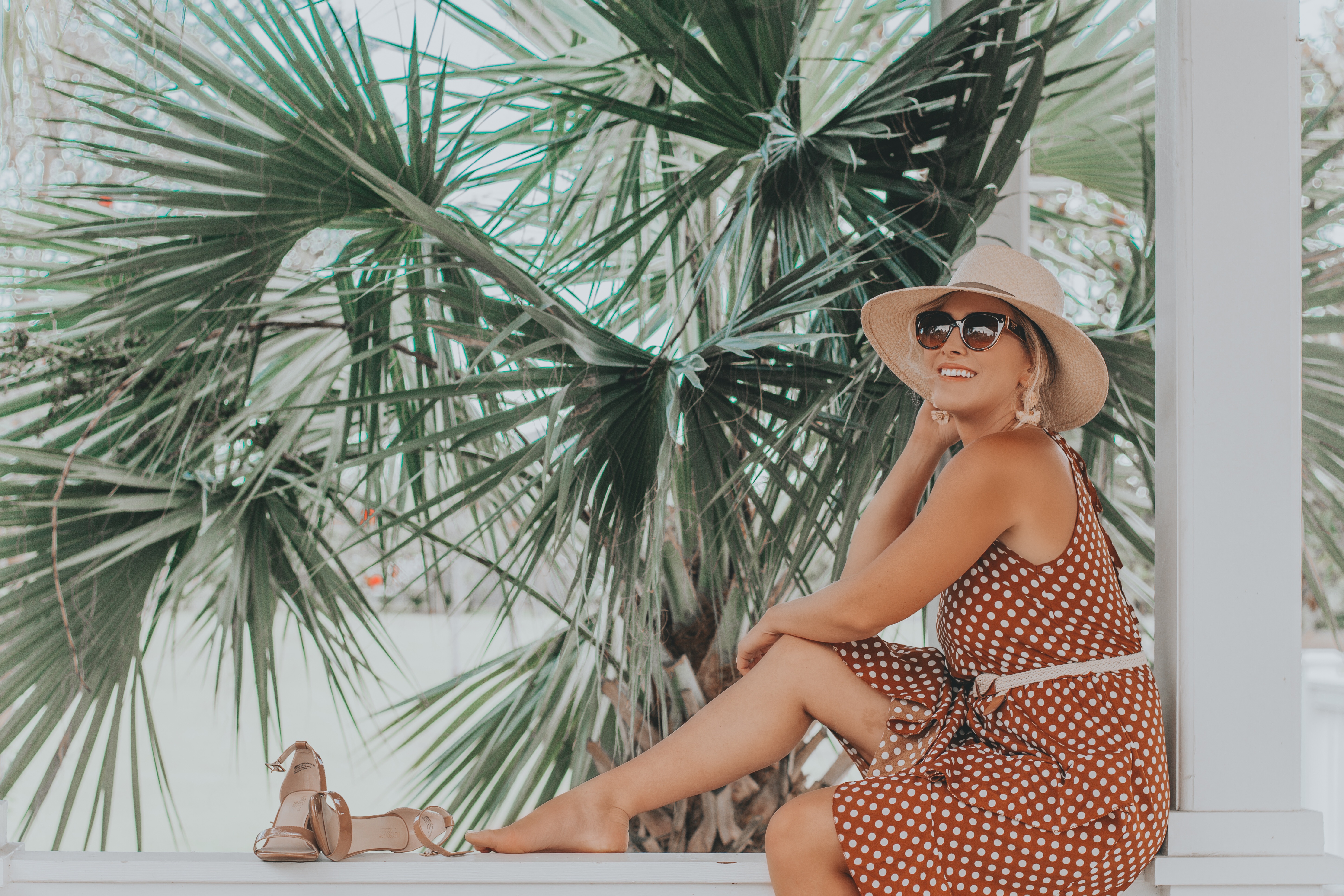 Someone get me to a polo match, stat!

Seriously though, how great is this amazon find?  I actually didn’t notice the striking resemblance to Julia Robert’s aka Vivian Ward’s polo match ensemble in Pretty Woman until after I bought it and tried it on.  This cute little asymmetrical number came with me on vacay, and I ended up wearing it to out to dinner while we were in Corfu Greece, which incidentally is the one night I had a little too much to drink.  The Greeks are serious about their nightlife, yall!  I was just trying to keep up! ¯\_(ツ)_/¯ We had also decided that was going to be the night that we would stay up to watch the sun rise over the Ionian Sea from the terrace of our Airbnb, but that sure didn’t happen.  We definitely gave it the old college try and stayed out until a respectable 4am though.;)

Anyhooooo….my point is that we were all having way too much fun and I didn’t get a single pic in this dang dress that evening.  Which was pretty much the case for the whole vacay.  Now I have to play catch up and try to shoot some of the looks I didn’t get a chance to photograph during our trip.  I’ve yet to be particularly on the ball when it comes to sharing fall content ever since I started this blog, and it looks like this year will be no different. =\

As far as ordering this dress, I read some mixed reviews about the color and fabric.  Some people who ordered this coffee color said they ended up getting a dress that was more of an orange color in a shiny fabric.  The issue seemed to lie with the size medium dresses, at least according to the reviews.  So I probably could’ve used a medium (that is, before I gained a whopping 14 pounds on this two week trip…ugh =\), but I ordered it in a large.  I also added a comment for the retailer asking to be sure I received the brown one, rather than orange.  I have no clue if the comment helped anything, but I did receive the correct color in a nice matte fabric.  It wasn’t terribly big on me, but I just did a quick tweak with my sewing machine to take in the seams in the armpit area, as it was gaping open just a bit.  Honestly, I probably could’ve left it as is, but I was already altering a bunch of other stuff, so I figured why not?  But overall I feel like it’s pretty true to size.

This would be such a great dress to wear to the kentucky derby (or any other bougie horse-related event;)) paired with a chic fascinator.  Hmmm….now my wheels are spinning.  I might need to make it back to the derby next year.  Just need to convince the hubby….;)

Aspiring professional traveler (hey, one can dream, right??). Lover of all things fashion and frenchie-related....slightly obsessed with the latter. Overly-ambitious DIYer. 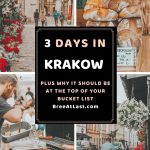 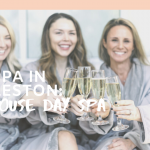 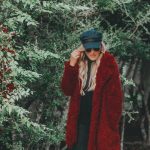