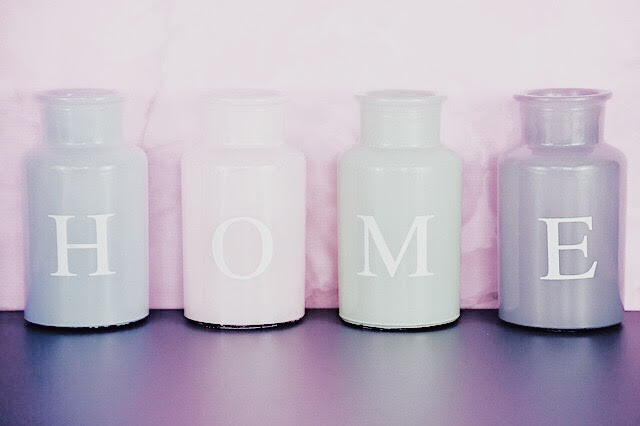 Household Gadgets….definitely not the sexiest topic to write about, but I thought I’d share my three favorite gadgets that have totally simplified my life.

I don’t know about you all, but I hate….HATE going near the trash can because I am such a compulsive hand-washer.  Even if I were at my own house and utilize the old napkin trick to lift the lid of the can….NOPE NOPE NOPE, not good enough….get me to the nearest sink, STAT!

For the longest time we had one of those stainless steel cylinder looking cans that have the little foot pedal to open the lid (like this), but the darn thing was so clunky, so it was usually easier to just lift it manually….and then promptly wash my hands for the 4,092nd time that day.  Not to mention, the stupid can was practically full after putting like 4 things in it, so we felt like we were emptying it constantly.

Then one glorious day while at our friends’ house for a party, I was helping out with some food prep in the kitchen and found myself to be completely awestricken when their trash can lid opened up for me — all on its own — when I approached it.  Holy crap…I’d just found my personal Holy Grail.  Why aren’t these things in every public restroom??  It’s such a simple concept to have a sensor on the lid.  We have sensors practically everywhere else: sink faucets, paper towel dispensers, doors, hand dryers, etc, but I digress.

So armed with the model name and number of said trash can, I logged into Amazon that very night and ordered this modern marvel, and over three years later I still appreciate it just as much as the day we met.  By the way, I’ve only had to change the batteries twice in over three years.

Amazon currently has this great bundle deal, which includes a 13.2 gallon and 3.2 gallon can for just $99 on Amazon Prime.  There weren’t many touchless options available back when I made my purchase, but now there are models available in some other great finishes such as rose gold, dark bronze, and white steel like this one.  LOVE the rose gold.

Anyway, I cannot tell you how much I love not having to touch my trash can, other than to empty it, of course.  I’m tellin yall….it’s life-transforming.;) 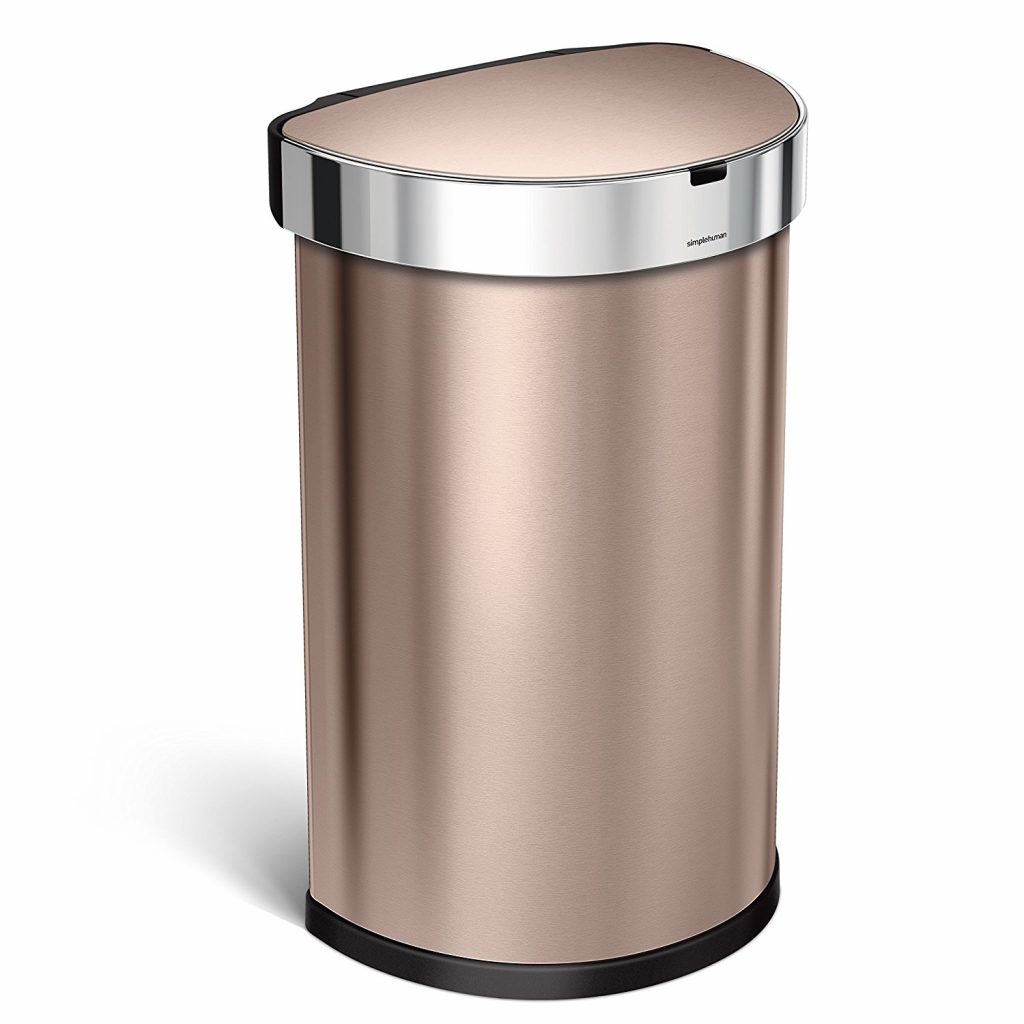 The second gadget we just received this past Christmas as a gift from my sister and brother in-law.  I will hold the suspense and tell you it’s a Roomba.  My sister came up with the idea after she had come for a visit early last year to help me throw a surprise going away party for our brother.  We have hardwood floors throughout the main level of our house, and my husband and I had worked hard to de-fur our floors while she and my brother went out to lunch so we could start prepping for the surprise party.  When they got back to the house, my sister offered to help clean by vacuuming the floors (??).  I was like…”Umm…we literally just vacuumed and ‘swiffered’ them about an hour ago.”  She just laughed in slight disbelief, but we have six furry kids, so the battle between us and their little fur tumbleweeds floating around the house is a battle that’s seldom won.

The fur battle is certainly not over since the introduction of the Roomba, but I will say that the Roomba’s ability to roll right under most of our furniture (where the fur tumbleweeds like to rally their furry little tumbleweed troops) has definitely made our house much more presentable on a daily basis and keeps the fur at bay.

We haven’t taken advantage of all the automated settings, as we don’t want to have a “pooptastrophe” episode like this, even though it could potentially make for a hysterically funny viral tale; so I just run it every day manually, which involves me pushing a button and walking away (too easy!).

This Roomba was seriously the best gift ever….hands down.  And according to the funny viral story I linked above, iRobot has great customer service as well. 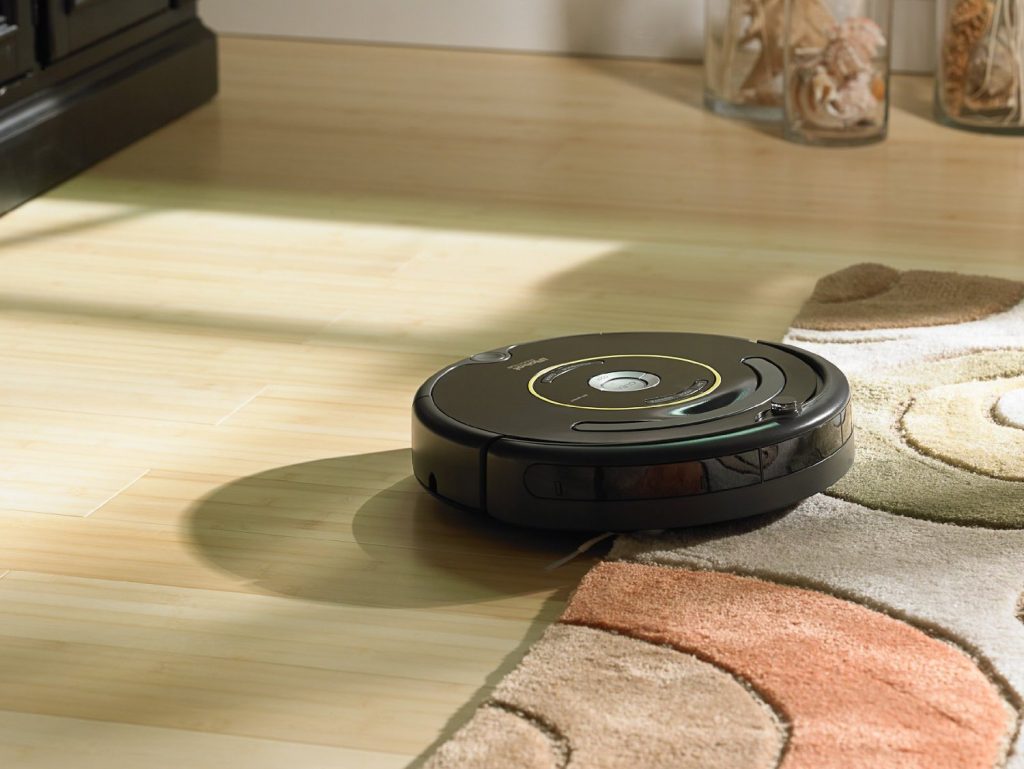 The last gadget was purchased late last year, as my husband just can’t help himself when it comes to new(ish) tech-ie stuff.  I’m speaking of the Google Home voice activated ‘googler’ (for lack of a better term).  You can really get full-on Jetsons style with this device by syncing it with other gadgets, so you can tell google to do things such as dim the lights, change the thermostat, or use Chromecast to stream your google entertainment requests to your TV, among many other things that I can’t fully comprehend at this point.

It’s great for kids too, as my niece and nephew had a good time talking to Google when they visited for the holidays.  If you ask Google “what does the fox say?” yes, she will reply with the famous lyrics from this dreadful song we all love to hate, but the kids will get a kick out of it.

It’s also great for learning foreign language phrases; but the primary reason I absolutely LOVE this gadget is for my grocery shopping list, which Google Home can sync to your smartphone or tablet.  It seems insignificant, but it’s so convenient to be able to blurt out “Hey Google, can you add Mr. Clean Magic Erasers to the shopping list?” as I’m running through the house, and have it ‘auto-magically’ appear on our list (vs. me forgetting to write it down, and also forgetting to get my Mr. Clean Magic Erasers while at the store). 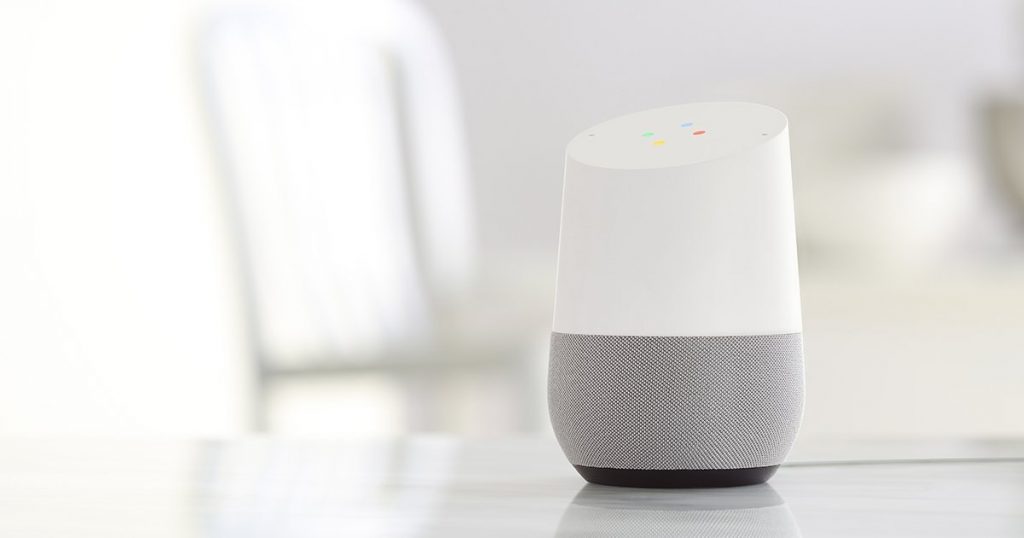 My husband has since purchased the Nest as well, which is Google’s intuitive thermostat.  There’s not too much to say about the Nest, other than the fact that it has definitely reduced our electric bill, and it’s freaking smart.  This is sort of my husband’s domain, but I know he’s really happy with this little gadget.

I feel like we’re not terribly far off from flying cars, but in the meantime, tell me what some of your favorite household gadgets are?

Hope everyone has a great weekend!