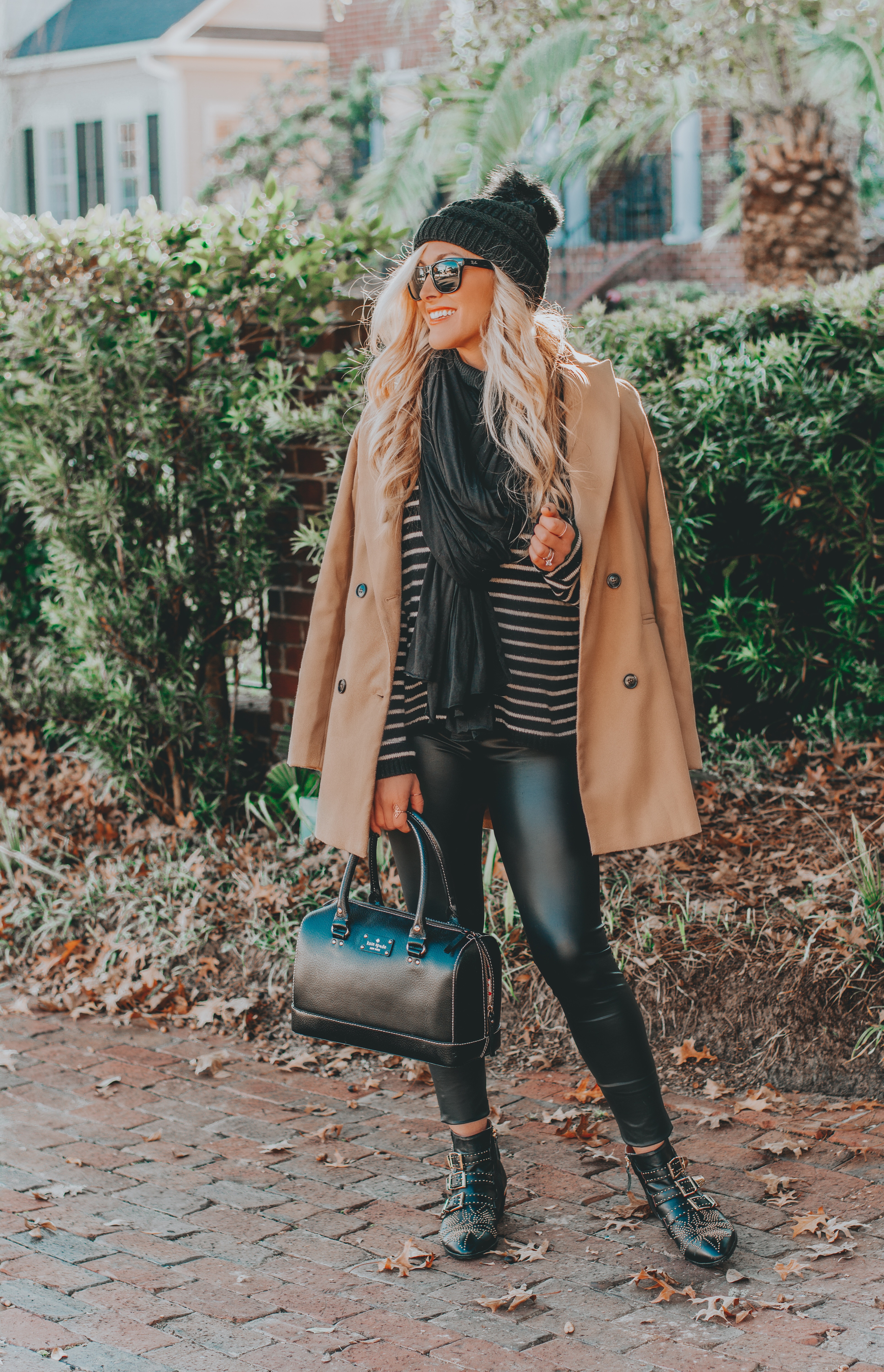 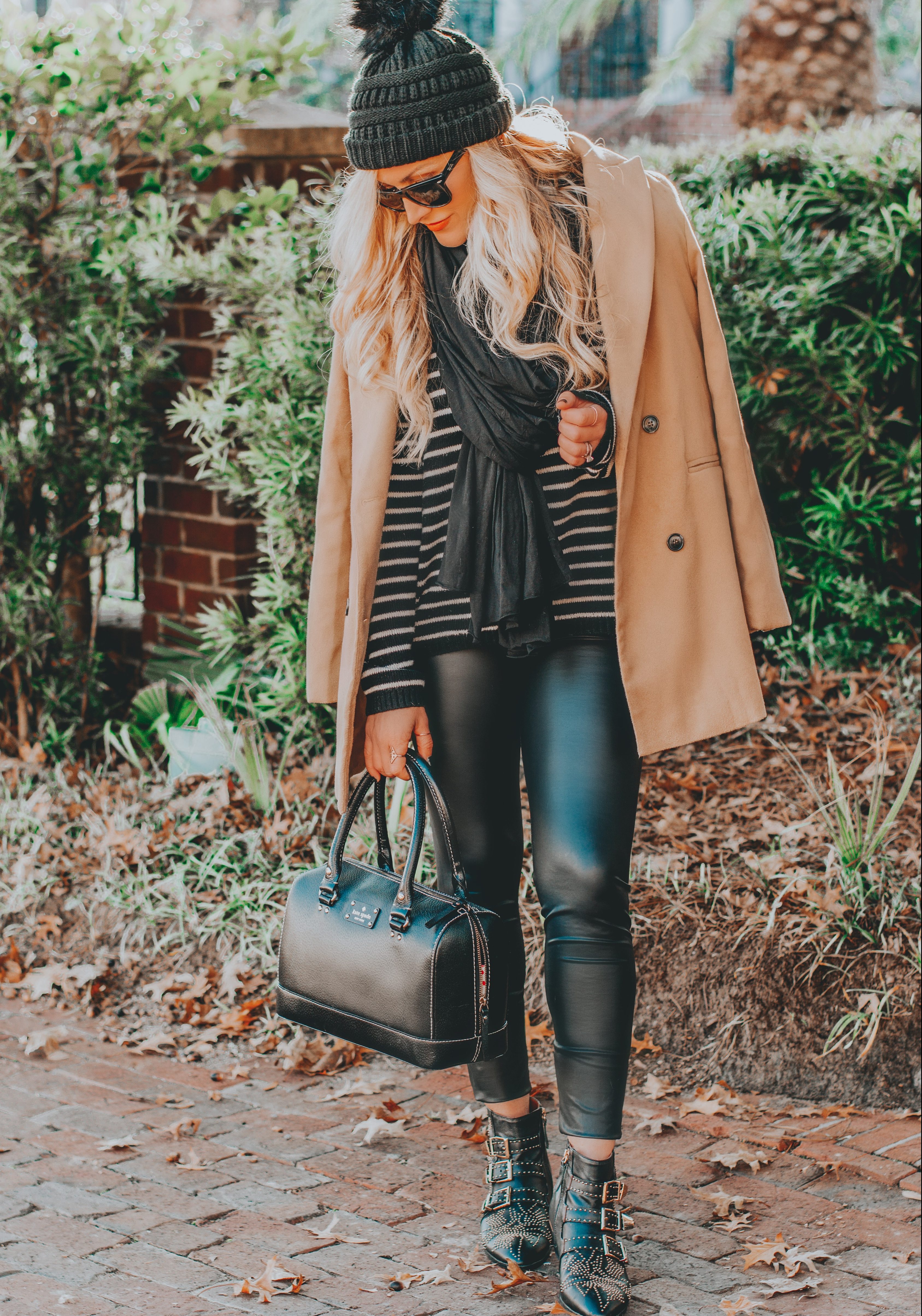 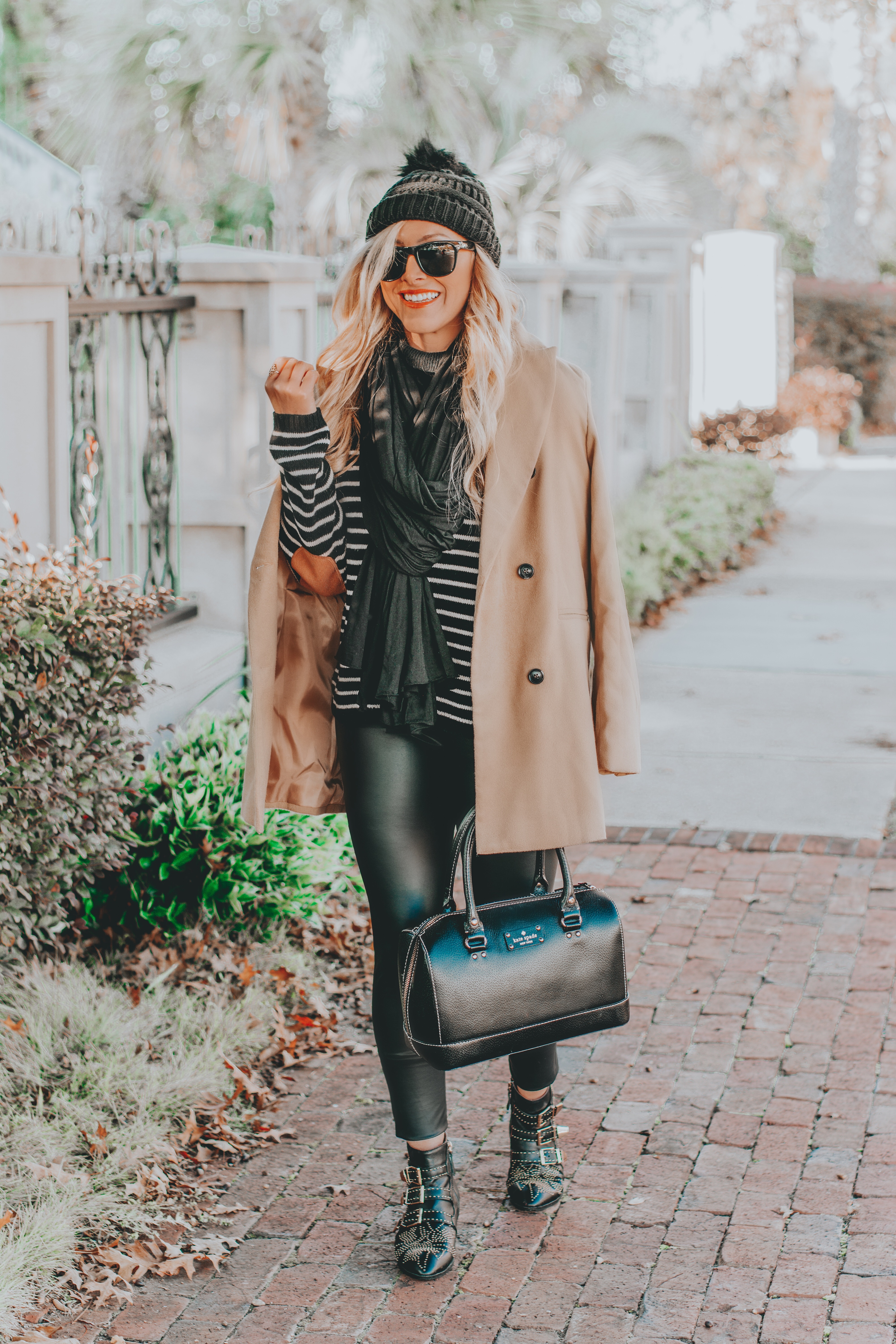 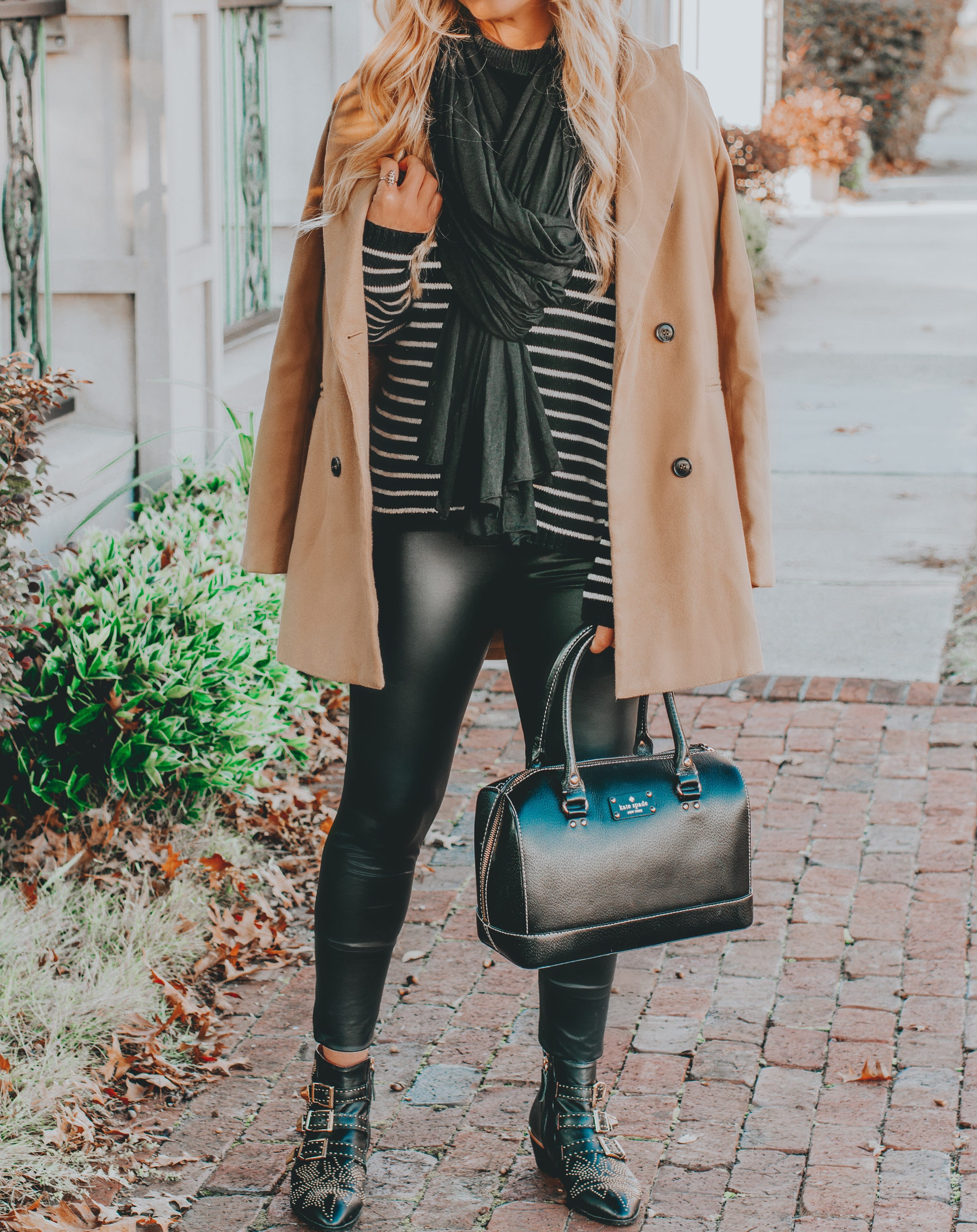 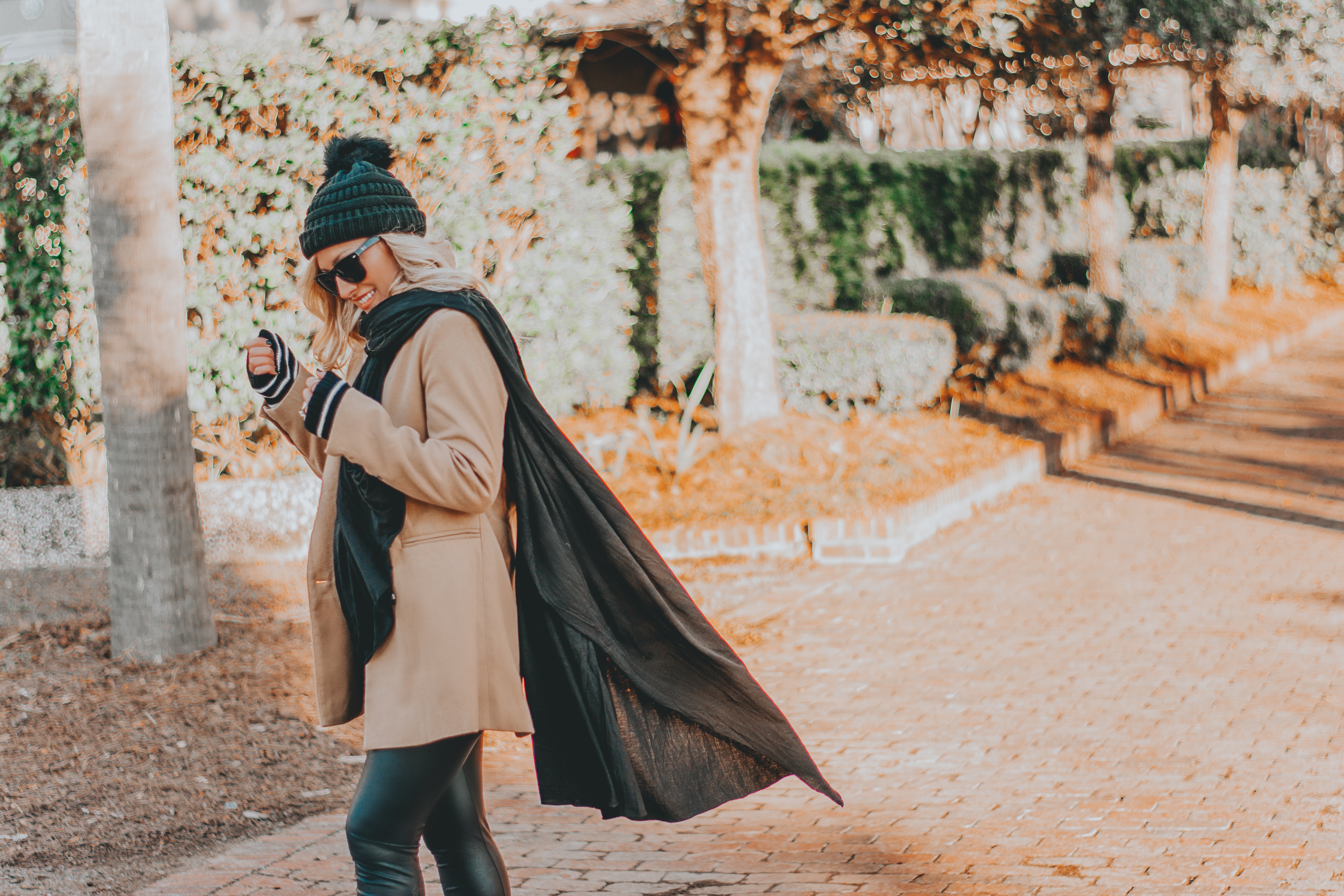 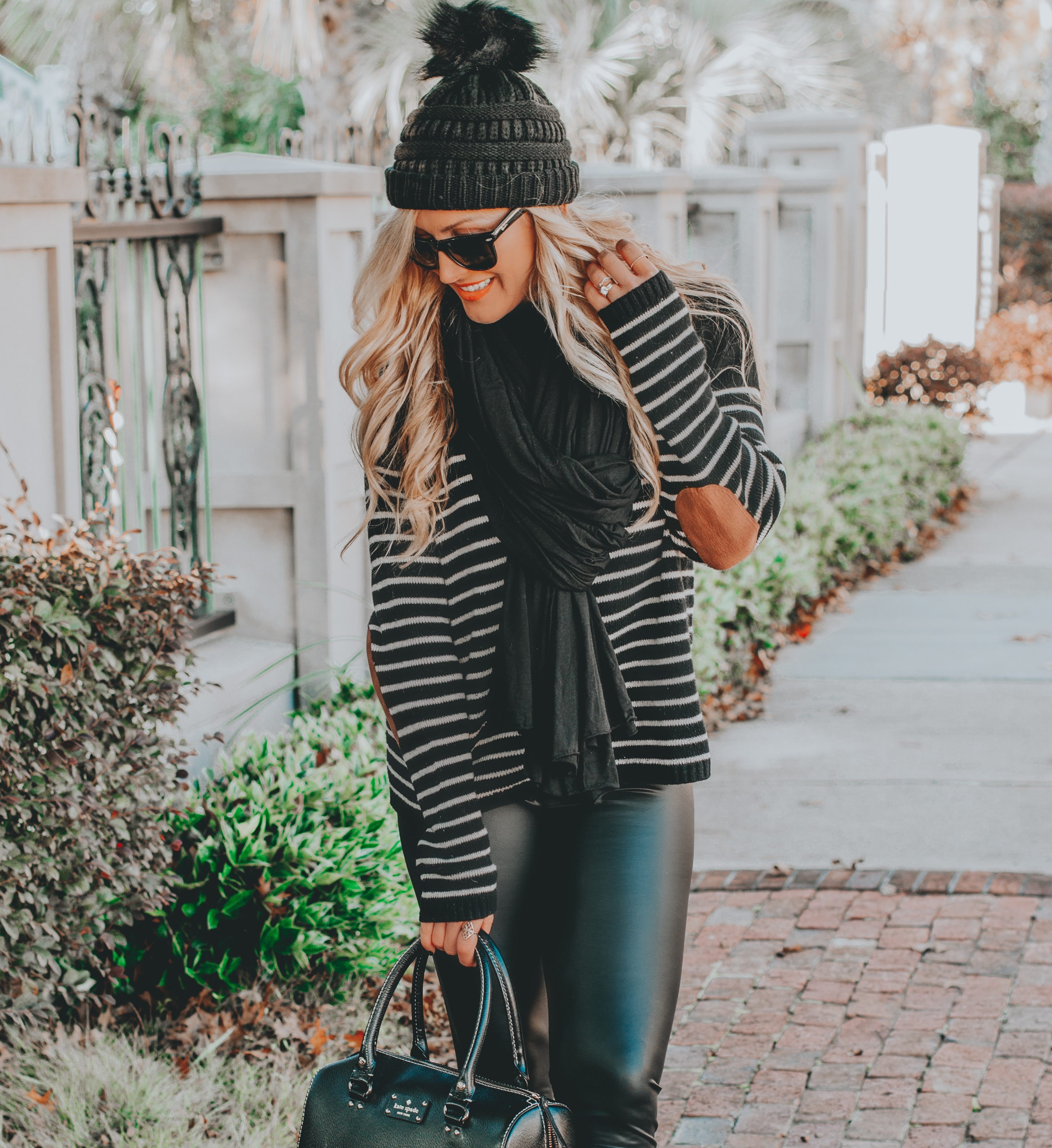 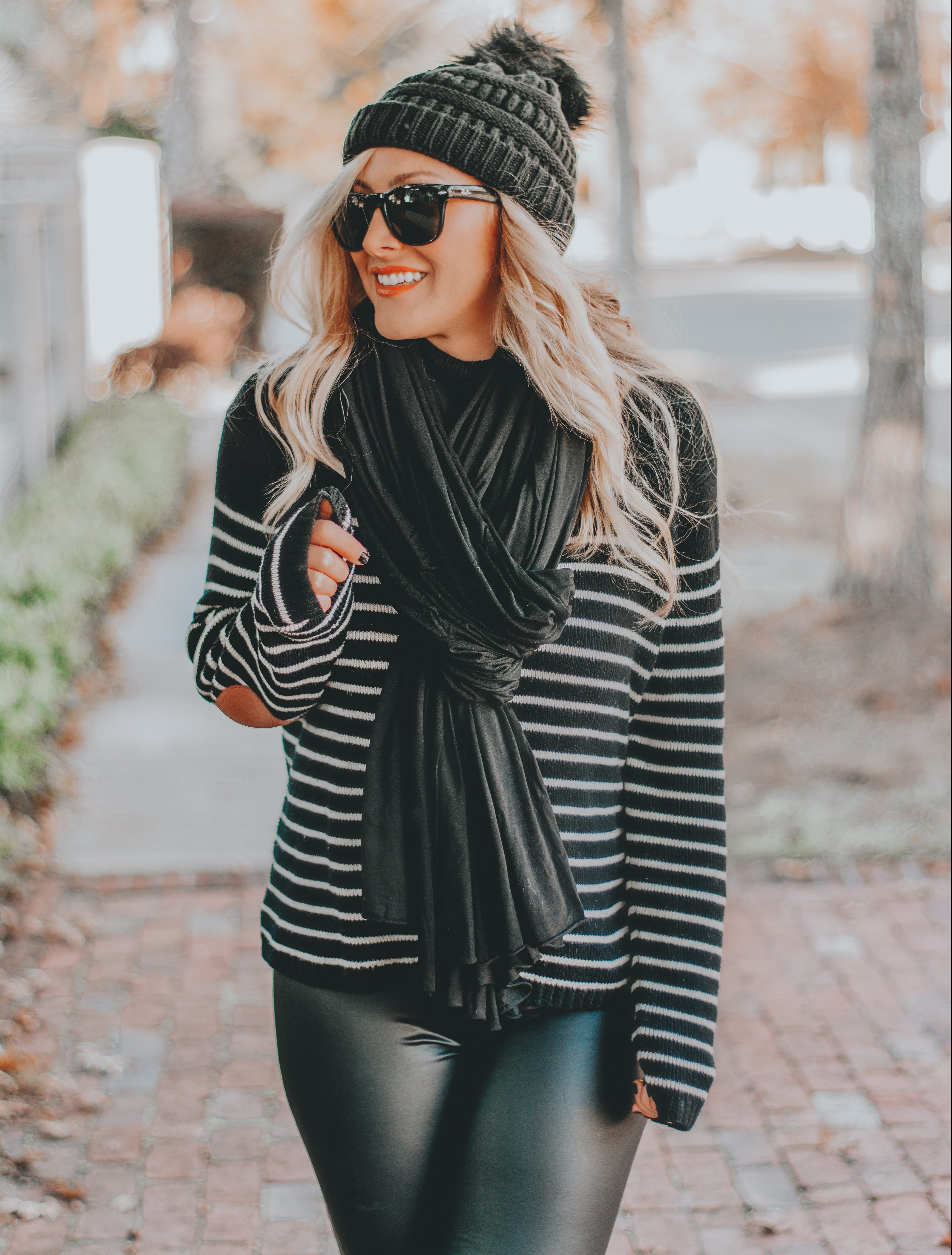 Well, I’m a day (or 5 late) and a dollar short, but here’s my November review so you all can see how lame I really am in writing;)

Instead of re-watching The Office for the 862,001 time, I re-watched the entire series of Homeland and I’m so glad I did!  I had forgotten about soooo much stuff that happened in the earlier seasons and why I fell in love with the complex relationship between Carrie and Saul’s characters.  I think the next (and possibly final…wahhhhh!!!) season might air in early 2019, so I’m glad I had that little refresher;)

If you’re entertained by cars and british humor (and duh….the accent!), and you need something playing on the TV that’s appropriate for a wide audience, check out The Grand Tour and/or the British Version of Top Gear (they’re essentially the exact same show….when BBC canceled Top Gear’s lead host’s contract, Amazon Prime picked up the show as “The Grand Tour”).  The show is hosted by three British car aficionados/journalists who have hilarious chemistry, and they basically review different cars, but do so in a very adventurous and humorous way on location all over the world.  Even if you’re not a car enthusiast, you’ll likely still find the show entertaining.  My brother introduced me to Top Gear years ago, but then it was no longer available on any of our streaming services, so I had kinda forgotten about it.  Fast forward to this Thanksgiving when I was desperate to find something to play on our main living room TV that didn’t require everyone’s undivided attention (so we could still converse), but also something my 10 year old nephew would be willing to watch, and Amazon Prime’s Grand Tour came to the rescue.  My dad was a bit of a classic car collector before my parents sold my childhood home (and three car garage), and my nephew loves sports cars, so I knew they’d both be fans and I’d hopefully dodge another several hour long block of watching cartoons.  Mission accomplished!  We ended up playing every episode during their stay and laughed our butts off (and I didn’t have to watch anymore cartoons;)).

Michael and I watched the Marvelous Mrs. Maisel at the recommendation of a friend, which is another amazon prime show.  I initially started watching it alone bc I didn’t think Michael would be into it, but he thought it was really entertaining.  Rachel Brosnahan is the lead character (Mrs. Maisel).  If that name doesn’t ring a bell, she also played Rachel Posner (the prostitute) in House of Cards, so it was really interesting to see her play such a contrasting role as a 1950s house wife who pursues a career as a stand up comedian.  If you haven’t caught the show yet, now is a great time as season two has been released on Prime today!:)

Speaking of House of Cards….I guess we binged watched a lot of TV this month, as we also managed to watch the new season of the series sans Kevin Spacey.  Not sure I like where they’re taking the show, but I’m glad I watched it as it’s still more clever than most things you find on TV.;)

If you haven’t listened to the true crime podcast “Up and Vanished” I highly, highly recommend it (including all the bonus episodes).  The podcast is about the disappearance of high school teacher and former beauty queen, Tara Grinstead, from a small town in Georgia.  I remember seeing a dateline episode about the case several years ago and the case had gone cold, so film maker Payne Lindsey set out to make a documentary about it, but decided to turn the investigative process into a real-time podcast.  He struck gold when two arrests were made while the podcast was still in production as a result of the huge spotlight being placed on the small town and her disappearance.  Residents started talking to each other about the case again and spilling the beans about what they knew, which led to one to the alleged perpetrators running his mouth.  I actually listed to that podcast at least a year ago, but this month I tried listening to Season 2 of Up and Vanished (U&V), and it’s obvious Payne really had beginner’s luck with the first podcast, as his subsequent work on Season 2 of U&V, and his “Atlanta Monster” podcast is a bit over-produced and editorialized in my opinion.  There’s just too much unnecessary fluff thrown in for effect, and while the primary subject matter is compelling, but I just can’t with the whole delivery.  It seems like he’s trying so hard to achieve the same level of success and drama as his first season of U&V, but not every amateur cold case investigation is going to miraculously end in an arrest.  That doesn’t mean he needs to manufacture drama, which is what I feel like he goes out of his way to do with his latest work.

Looking into the Greek Island of Corfu as a potential sight for our retirement (at least as a part-time home).  Obviously this is a long way off, and it’s always risky investing in a country with a volatile economy, but Greece is currently the country in the EU with the lowest minimum investment requirement to gain permanent legal residency.  It doesn’t hurt that we absolutely love Greece too.  We haven’t been to Corfu yet, but I’ve been doing a ton of research scouting different locations and love the fact that it actually has a rainy season making it one of the greenest islands as part of the Ionian chain off the coast of Greece and Albania, unlike the arid islands of the Cyclades (very little vegetation on popular Mykonos and Santorini).  It also has a large local year-round population, as well as a large community of expats, and airport making it easy to access, relatively easy access by ferry too, a University on the island, and some quality veterinarians (one of the first things I looked into;)).  So I’ve been keeping my eyes peeled for cheap flight deals to Greece, so hopefully we can visit again next year and check out Corfu to see if it lives up to the hype I’ve built up in my brain:)

Actually not much to report here since I feel like I was stuck home the couple weeks leading up to Thanksgiving getting things done around the house to prep for my parents’ visit (and all my other surprise guests;)).  If you missed my last post, I recap my unexpected Thanksgiving arrivals here.

I did manage to squeeze in a little ladies’ night out to celebrate one of my BFF’s birthday.  We started the night at Tavern and Table on beautiful Shem Creek in Mount Pleasant, which is one of my favorite places, but I hadn’t been there in over a year.  They have THE BEST mac and cheese, but be warned that their sides are family sized, not “Bree sized”….though I did my part and put a pretty healthy dent in it.  There are just too many good restaurants in the Charleston area, and not enough caloric bandwidth.

We then took an Uber downtown to Rebublic, which isn’t really my favorite place bc I’m old, and it’s always packed and there’s really no place to dance or anything bc most of the inside is cluttered with VIP areas and sofas.  I’m alllll about shakin my groove thang, but this place is horrible for that, and it’s too loud to talk inside.  BUT, they had the heaters crankin outside, so we could actually comfortably hang out there (and shoo away random dudes that were mostly over a decade younger than us lol).  The last three of us standing Ubered back to my BFF’s to eat pizza and have a slumber party.  We had the best night, and it almost went perfectly…..except for the fact my other friend had fallen asleep before she had a chance to tell her husband she’d be crashing at our friend’s.  Yada yada yada, she woke up to a ton of frantic and angry texts wondering where the heck she was….whoopsies!!=\

New in the Closet

I annoyingly still haven’t received these pieces, but during a bout of insomnia I scooped up these adorable ‘adult onsies’ all for under $25 when the cyber Monday sale was carrying over:)

Last month I posted about these dupes of the Steve Madden Reece sock booties, which I apparently love so much I bought this similar pair with a higher heal.  The pink ones have a satin finish, but they also come in black and a bone color with a sueded fabric.  The pink ones are the cheapest though at under $30 (if you wear an 8.5;)).  And they’re aerosoles, so they’re really comfy!

I’m so tickled with this simple and chic double breasted camel coat I just got for $35.  It fits great (size up) and is the perfect wardrobe staple.

Also love this Zingo Scarf that LAmade gifted me.  They sent me this black one I’m wearing in the above outfit pics, and a dark heather grey one, and I love the size of them and the fabric.  They’re HUGE, but can still be worn neatly, or used as a freaking blanket when you’re in a bind;)

Yall know I recently got some new eyebrows complements of Terra, the owner and microblading artist of Ultra Brows in nearby Summerville.  She ran a great Black Friday special that I told you all about, but if you missed the deal and still need new brows the good news is she’s continuing her gift card special until December 15th offering $100 off your first session.  You can get the deal here (this is not an affiliate link);)

On the Home Front

I just got this rug to go with my new living room sofas and I’m sooooo in love with it!  I layered it over a huge jute rug I already had, and it’s the perfect rug to pull together my new sort of feminine/rustic/chic vibe.

I also picked up this classic brass reading lamp to go behind one of the sofas when it was marked down to just $32.  If it’s not on sale now, be patient bc it’ll probably drop again:)

I talked in my stories recently about how I plan to turn my cultured marble guest bathroom vanity into a concrete vanity.  I was wanting to get the job done prior to my parents coming for Thanksgiving, but then I was afraid I wouldn’t finish in time, and they wouldn’t have a functioning bathroom to use while they visited.  Then I also realized that I need to change out my drain to match my potential new faucet before I do the concrete (kinda hard to explain why, but you’ll understand once I finish the project).  I actually found a great deal on a beautiful gold widespread faucet, but of course I didn’t act fast enough and it’s now out of stock and I haven’t found anything else I like in my price range.  Womp womp. 🙁

I still need to schedule Gracie’s palate surgery, and I’m still a nervous wreck about it bc Gertie had some complications following her palate surgery and it scared me to death!

Hope everyone else had a great November!